Astral Destiny™ – An Octal Octave Reverberation Odyssey
The Astral Destiny is a compact and powerful modulated octave reverb pedal that features 8 reverb modes with 8 editable presets, assignable expression control, tails for natural reverb decay when the effect is bypassed and a super cool stretch feature that doubles the length of the reverb while adding an adjustable pitch bending effect.

Presets
The Astral Destiny operates between two different modes: Live or Preset. It comes with 8 factory presets, 1 for each reverb mode, that can be edited or completely overwritten for your enjoyment. The settings for Length, Depth, Rate, Tone, Mix as well as EXP assignment and Stretch length can all be stored and recalled. Any of the Astral Destiny’s 8 reverb modes can be used as the basis for each of the 8 presets. 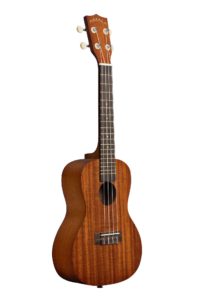