The G&L ASAT® Special just might be the quintessential G&L guitar, viewed by many as Leo’s ultimate single-cutaway. Back in 1985, Leo Fender launched this model under the G&L Broadcaster name, which prompted a response from Fred Gretsch of Gretsch Guitars over the name just as it had thirty-five years earlier. History buffs will recall that the Broadkaster® name is owned by Gretsch, and once again, a Broadcaster from Leo was required to have its name changed. This time around, the name became “ASAT” which is US military shorthand for an “Anti-Satellite” missile.

The ASAT Special, as the model became known, features jumbo single-coil Magnetic Field Design™ pickups, each with a narrow bobbin aperture for a coil which is shallow yet wide. In this regard, an MFD™ jumbo single coil is similar to a P-90 or Jazzmaster® pickup, yet the MFD principle provides a punchier bottom end and brighter top end sparkling with harmonics. Leo further departed with the past with the addition of his innovative Saddle-Lock™ bridge which transfers string energy right into the body end-grain for an incredibly resonant instrument. The result is one of the most versatile guitars ever, serving up ballsy twang to searing blues to smooth jazz tones.

The Tribute® Series ASAT Special brings the magic of Leo’s own reinterpretation of the single-cutaway bolt-on guitar, all at a price attainable for every working musician. Once you play a G&L Tribute Series, you’ll never look back. 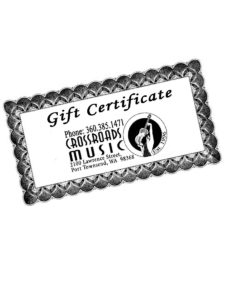